The countdown is on to the Rugby World Cup 2019 and we couldn’t be more excited here at The Park Hotel.

Kicking off on September 20, the tournament will take place over the course of two weeks. And, of course, we’re hoping for another victory from the All Blacks.

No doubt, we’ll all be trying to catch as many games as possible which often means we don’t venture too far from home.

But, you’ll be pleased to know that we will be live streaming all Rugby World Cup games so you don’t miss a thing on your trip to Tongariro National Park.

The best of both worlds

It’s been a historic season for Mt Ruapehu with the opening of the Sky Waka gondola and we’re anticipating an action-packed two weeks with the impending Rugby World Cup.

It just so happens that these two epic events are happening in the same year. We have to make the most of both!

You deserve to see the Sky Waka in its first season. Even if you’re not an avid skier, the gondola is an experience in itself. The Sky Waka has brought thousands to the mountain this season, for both skiing and sightseeing. This state-of-the-art gondola was constructed in just one year and, with its wall-to-ceiling windows and luxury leather seats, it has to be seen to be believed.

Staying at The Park Hotel not only means you’ll be a mere 15 minutes from the base of Whakapapa ski field, but it also means that you can catch the World Cup after a fun day in the snow.

Part of the Rugby World Cup 2019 experience is to watch the games live. With our live-streaming facility, you can do just that.

Many other accommodation providers will only screen major games but, here at The Park Hotel, we think it’s important to have the choice to watch any game you like.

To watch the Rugby World Cup 2019 at home isn’t as easy as you think.

However, TVNZ1 will not be showing all games. To see all World Cup games, you need to download Spark Sport and pay a monthly charge. You also need a Smart TV or watch from a casting device such as Google Chromecast or Apple TV.

If you’re not super tech-savvy, you might end up seeing more games at The Park Hotel than you would have seen at home!

So get your schedule ready and mark the games you don’t want to miss.

From here you can work out how to fit your trip to Tongariro National Park around the ever-important Rugby World Cup 2019.

We have it all set up and ready to go. All that’s left to do now is wait for the games to begin.

A beautiful time of year to be in Tongariro National Park

Spring is a lovely season to visit Tongariro National Park. While the weather is slowly beginning to warm up, it’s still cold enough to have some luscious dumpings of snow. The mountains are still displaying their crisp, white peaks even though the end of the ski season is getting closer by the day.

As we transition into spring and see temperatures slowly on the rise, we’re able to partake in more outdoor adventures. While it’s always amazing to head up to the mountain, Tongariro National Park is also home to so many fantastic activities.

Being a two-week tournament, the Rugby World Cup 2019 crosses over two seasons here at Tongariro National Park. From October, visitors are able to enjoy unguided treks along the Tongariro Alpine Crossing.

As one of New Zealand’s greatest walks, the Tongariro Alpine Crossing brings thousands of visitors to the region each year. As the snow begins to melt away, the tracks become easier to navigate.

As always, trekkers will need to be prepared and have a good understanding of alpine territory. This is a 19.4km walk that ascends to an altitude of 1,886 metres. Snow will still be present in spring and may become denser the higher up the track you go. 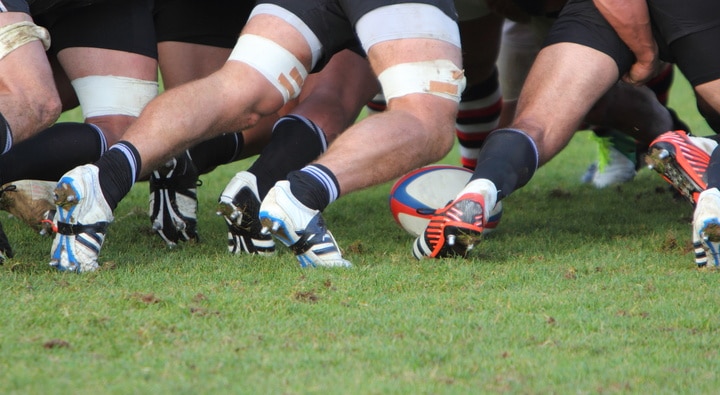 The Rugby World Cup 2019 is a big deal in NZ. As our national sport, we wait patiently for this tournament to come around every four years. Hopefully, we’re still holding onto the cup at the end!

We know what it means to miss a game, especially as the teams approach the final. For that reason, we will make sure you can catch every game in real-time while you’re here at The Park Hotel.

Don’t miss your opportunity to take a trip to Tongariro National Park in fear that you’ll miss a vital World Cup game.

Give us a call today and book your accommodation knowing that you’ll have a live-streaming facility at your fingertips.