Why Tongariro National Park is a significant New Zealand landmark

Whatever time of year in whatever weather conditions, the scenery at Tongariro National Park is breathtaking.

But there’s more to Tongariro National Park that meets the eye.

From the vast history to the varied geology, this New Zealand landmark is simply unlike any other. 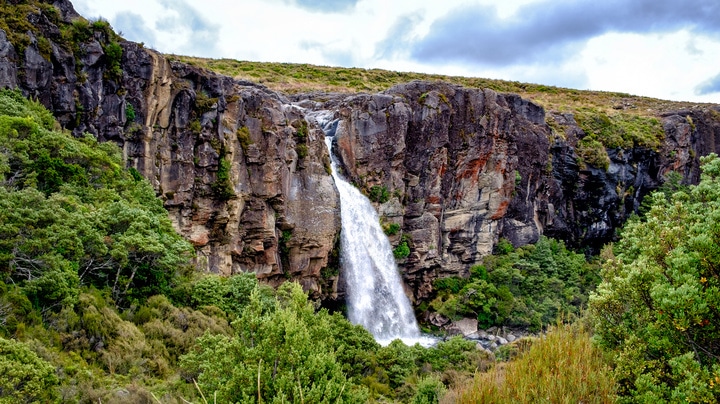 These traits are made even more significant by the fact that Tongariro National Park is recognised by UNESCO as having dual World Heritage status for its cultural and natural features.

Tongariro National Park has long been a New Zealand landmark as it’s one of only three World Heritage Sites in the country.

In 1993, Tongariro National Park was the first national park to make it onto the World Heritage list under new cultural value criteria. It is one of 29 national parks in the whole world that boast a dual heritage status.

Many people who come to Tongariro National Park aren’t aware that it holds a dual World Heritage status. It reflects how unique the region’s cultural qualities are.

If there’s one thing that’s obvious to the naked eye, it’s that the landscape of Tongariro National Park is extremely diverse. It’s here you will find lakes, rivers, bush, walkways, volcanoes and snow all in one location.

There are not many places in the world where you can do that!

Within Tongariro National Park is an active volcanic zone made up of the three volcanoes, Mount Ruapehu, Mount Ngaruahoe and Mount Tongariro. Most of the waterfalls and mountainous terrain in the park are results of volcanic activity.

It’s clear to see where eruptions have created new formations among the landscape. Ancient lava flows, valleys and craters are some tell-tale signs of past eruptions.

The volcanoes are often what bring visitors to the region.

While the thought of climbing an active volcano is an adventurer’s dream, the Tongariro volcanic zone is also a bustling location for outdoor activities. The Tongariro Alpine Crossing is one of New Zealand’s great walks and attracts thousands to the area every year. And, in winter, Mount Ruapehu is home to three of New Zealand’s favourite ski fields, Whakapapa, Turoa and Tukino.

There are a vast number of rivers, lakes and streams within Tongariro National Park, some more well-known than others. The Tongariro River itself runs through the park, spanning 604km. The mix of calm water and white rapids make the Tongariro River a hot spot for fishing, swimming, kayaking and white water rafting.

When you come to Tongariro National Park, you really get a sense that someone was here long before us. When diving into the history of the area, you get to know how true this is.

The history of Tongariro National Park is vast and very significant.

We can go back as far as 30 generations when the Ngatoroirangi of the Ngati Tuwharetoa tribe first came to the area. It was Ngatoroirangi who named Tongariro and declared it the home for his tribe and descendants.

To this day, Ngati Tuwharetoa has a deep connection with the land and a strong desire to protect it. Tongariro’s mountains are culturally and spiritually significant to the Ngati Tuwharetoa people as they symbolise the link between the Iwi and the environment.

It wasn’t until 1887 that the Ngati Tuwharetoa people sought to protect and preserve the mountains and land for all New Zealanders. The Ngati Tuwharetoa enacted a tuku (an act of customary love) with the intention of entering a partnership with the Crown (led by Queen Victoria at the time) to ensure long-lasting protection of Tongariro.

It was in 1894 that Tongariro was named the fourth national park in the world and New Zealand’s first national park.

In 1993, Tongariro National Park was given its significant dual World Heritage status.

While Tongariro National Park was already a well-known tourist destination, it hit the world stage when the Lord of the Rings trilogy took the world by storm.

The Lord of the Rings has attracted thousands of fans to Tongariro as they flock to see where scenes from the trilogy were filmed. Mount Ngaruahoe is a particular hot spot for LOTR fans as the perfectly formed volcano was a prime location for depicting the wrath of Mordor and Mount Doom.

The Department of Conservation has kindly listed coordinates for each filming location to allow fans to find each spot with ease. While it’s not an official tour, it certainly gives LOTR fans something to talk about!

Tongariro National Park’s location is right in the heart of New Zealand’s North Island, making it easy to access from two of our main centres, Auckland and Wellington. If you’re planning a trip to New Zealand, we highly recommend a visit to this incredible location.

Whether you come here to explore or relax, Tongariro National Park will be a place to remember forever.

Stay in the heart of it all at The Park Hotel. We are lucky enough to be able to provide quality, comfortable accommodation in one of the most significant New Zealand landmarks. Call us today to book.